A Bit About Asbestos

You know MoldHold as the only product of its kind for source containment on mold remediation jobs. But MoldHold does more than just mold. Our products are designed to handle a wide array of airborne contaminants.

Contractors around the world who deal with asbestos use our MH Containment Barriers for an added layer of safety and convenience in their removal projects.

Asbestos is a material that many people hear about but may still have some pretty big questions regarding. Questions such as: 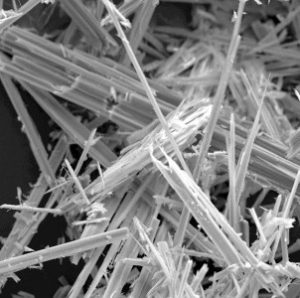 Asbestos can refer to any of six different types of minerals that occur in nature. No matter the variety, all asbestos is composed of fibers that are both fine and durable and all share common properties; properties such as a resistance to heat, fire, and chemicals

These positive properties led to the popularization of asbestos in protective gear that needed to be fireproof, or any building materials that one might want to be fireproof. Use of the material became so prevalent that asbestos was at one time known as the “miracle mineral,” due to how apparently useful it was to everyday life.

Sadly, the “miracle” was short lived, as connections to health risks eventually began to be made, to the point that by today, some countries have outright banned the use of asbestos, with many restrictions existing in the United States.

How dangerous is asbestos?

By now, it is widely known that asbestos exposure has links to various health hazards, links that have been suspected since the early 1900s, but were later to be confirmed, including links to cancers and other lung issues.

As a carcinogen, asbestos exposure has been linked not only to cancer of the lungs, but also mesothelioma, a cancer that while somewhat rare, affects the membranes that line the chest and abdomen.

Aside from cancer risks, other risks include asbestosis, a condition that causes inflammation of the lungs, leading to everything from coughing and shortness of breath to lung damage that is more permanent.

As though the risks themselves aren’t scary enough, there’s more. Asbestos, in all its forms, is tasteless, odorless, and impossible to confirm the presence of by sight. If asbestos is suspected, professionals should be brought in to obtain samples and test them in a lab.

How is asbestos removed?

Once asbestos has been discovered in the home or office, an accredited abatement team should be brought in to remove the asbestos. Abatement of asbestos can be generally summed up as “contain and remove,” but the entire process can be broken down into the following four steps:

MH Containment Barriers are already being used by professionals to protect themselves and property owners during the removal of asbestos; they are easy to apply and provide a direct barrier to the entire affected area that will effectively minimize asbestos exposure during transport. If you would like more information on our containment barriers and how they can help you minimize exposure to asbestos, as well as a host of other contaminants, contact us today.